Utah Historical Quarterly is the official journal of Utah history, published on behalf of the Utah State Historical Society since 1928. UHQ’s mission, from its earliest issues to the present, is to publish articles on all aspects of Utah history and to present Utah in the larger context of the West. UHQ’s editorial style emphasizes scholarly credibility, accessible language, and variety. The quarterly is filled with articles, book reviews, and photographs, as well field notes about documents, artifacts, historiography, oral history, and public history. Online supplements—including documents, galleries, and interviews—accompany each issue.

Become a member of the Historical Society for your own copy mailed to your door. Each issue is accompanied by rich web supplements that introduce readers to sources, photos, interviews, and other engaging material.

At present staff of the Utah State Historical Society are teleworking, due to COVID-19 and the recent earthquake, which did some damage to the Rio Grande Depot.

Renewing memberships online would be helpful at this time; to access our payment portal visit http://store.nexternal.com/dha/utah-state-historical-society-memberships-c15.aspx. If this is not possible, you can still mail a check for your membership renewal. Make it out to Utah State Historical Society, and mail it to Utah Division of State History, 250 N. 1950 W. Suite A, Salt Lake City, UT 84116-7901. This address is of our sister division, State Library, where our mail is being redirected.

For questions about individual memberships and subscriptions, contact Lisa Buckmiller at lbuckmiller@utah.gov.

UHQ is published by the University of Illinois Press. Institutional subscriptions are handled by UIP; see its website at https://www.press.uillinois.edu/journals/uhq.html.

For more on the latest at the Quarterly and in the world of Utah history, check out our blog. 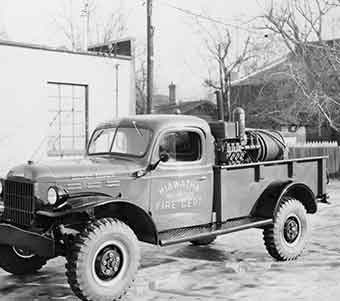 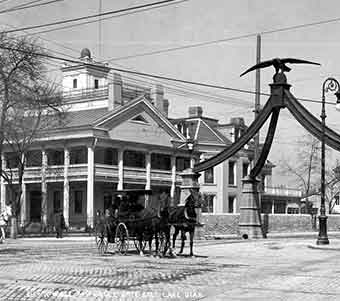 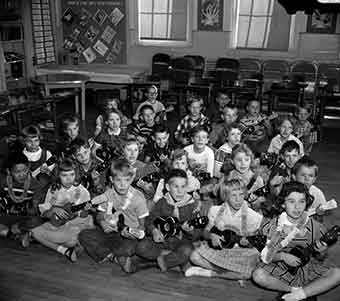 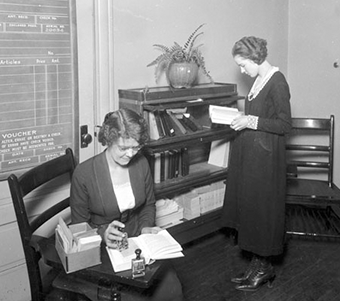 On August 18, 1920, the United States Congress ratified the Nineteenth Amendment to the Constitution, which states that the right to vote cannot be denied or abridged on the basis of sex. In honor of that centennial, as well as the sesquicentennial of female suffrage in Utah, this issue of Utah Historical Quarterly considers the laws, cultural ideals, and economic realities that have expanded and circumscribed the lives of Utah women. Put differently, we ask how women have navigated their public and private worlds: what restrictions have they faced; what opportunities have they enjoyed?

This isn’t entirely new territory for UHQ: the journal has published a number of special issues about women. In 1970, one hundred years after women first voted in Utah, Leonard Arrington acted as guest editor of an issue that focused on women and politics. This was a forward-thinking piece of scholarship: according to one tabulation, from 1960 to 1975, historians wrote only twenty-one books about American women. The field of women’s history had gathered more steam by the late 1970s, a time when UHQ again produced an issue entitled “Views of Utah Women.”1 The current number of the quarterly closes with a selected bibliography of UHQ articles about women published from 1946 to the present. That the quarterly has done so much to document women’s lives is a point of pride. Even so, there is always room for more research.

Accordingly, this issue opens with three pieces written by historians from the nonprofit organization Better Days 2020 that refresh what we know about female suffrage in Utah. Katherine Kitterman argues that far from being on the sidelines, “Utah women punched above their weight in the national suffrage movement, and their experience and contributions shaped the trajectory and ultimate success of that movement in securing a federal amendment for women’s suffrage.” Further, Kitterman adds women of color into the Utah suffrage story, including Elizabeth Taylor and Hannah Kaaepa. Tiffany Greene extends this reconsideration of suffrage history with a detailed look at the work of women who belonged to some fifty chapters of the Woman Suffrage Association (WSA), a national organization. Hundreds of rural women joined the WSA and advocated for a renewal of the rights they had lost with the disenfranchisement of Utah women in 1887. Finally, Rebekah Ryan Clark takes the story beyond 1896 to show how the “fire of civic endeavor” impelled Utah suffragists to continue their efforts after they had regained the vote, fighting for the rights of women throughout the United States.

Our next three articles move the camera to focus on a controlling factor in anyone’s life: economic circumstances. Wendy Simmons Johnson, an archaeologist, shines a light on a subject that has received only scant attention, the role of women in the creation of the first transcontinental railroad. She looks at three classes of women involved in that effort: entertainers, prostitutes, hotel owners, and others in “hell-on-wheels” track towns; Latter-day Saint women who cooked and washed for railroad crews; and the wives of railroad employees who traveled along with the construction. The economic and social realities these groups of women encountered made a tremendous difference in how they experienced the building of the railroad. Moreover, as Simmons Johnson puts it, “Although their work was often different from men’s, women still profited economically from the transcontinental endeavor and were critical to its success.” Next, Elizabeth Giraud delivers a carefully researched article about the arts and crafts movement in Salt Lake City: its relationship with progressivism and, particularly, how educators used “manual training” in public schools in the first years of the twentieth century. Part of that history belongs to Emma Daft, a single mother with a gift for artistic expression and teaching. Daft used those talents, developed through years of makeshift opportunities, to support her family and enrich the community. Her story, as well as the larger story of developing educational ideals in the Salt Lake School District, prompts us to look at how the structure of society affects the life choices that any of us make—and how those choices go on to affect the lives of others.

Finally, a classic reprint from Miriam Murphy uses legislative records, census data, and oral interviews to analyze the working lives of Utah women from statehood to World War II. Surveying the types of jobs women could find, as well as their experiences in those workplaces, Murphy argues that Utah women generally fit national patterns. During those forty-five years, she writes, “Many of their occupations were of signal importance to education, health care, manufacturing, communications, retailing, business—the lifeblood of most communities, in fact.” Their working conditions often included long hours, sexual harassment, and nary a benefit, yet Utah’s women increasingly joined the paid workforce, changing along with the social and economic environment around them.

B. H. Roberts & the League of Nations

When you become a member, you will receive a copy of the journal and web content, as well as special invitations to events that we host. Even more, you will support the research, writing, and production of Utah history.