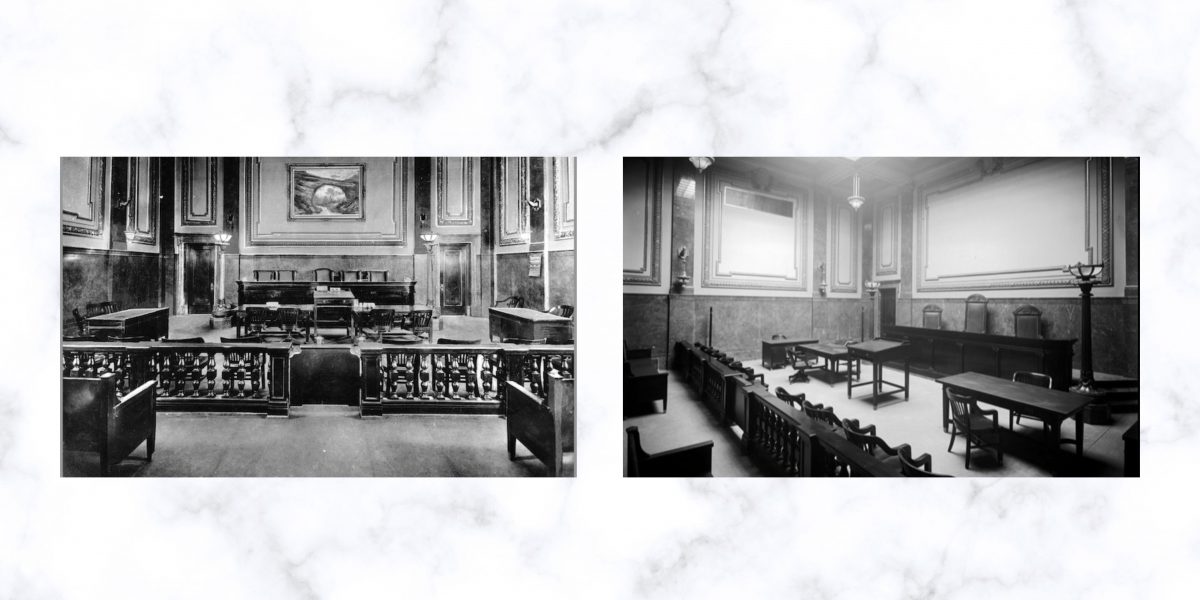 Women in the United States have long overcome obstacles designed to prevent them from working in the public sphere. During the 1800s, men, and some women, claimed that females lacked the mental and physical aptitude needed to succeed in a professional environment.[1] Societal norms may have stipulated that women were incapable of working for wages, but that did not stop many from seeking education, training, and jobs.

During the Progressive Era (1880-1920s), some members of the “new” middle class began to emphasize the importance of hiring trained professionals as one way of reforming American society.[2] Their promotion of the professionalization of work meant that formal education became essential to entering into many fields. For instance, before the 1860s, a man seeking to become a lawyer completed an apprenticeship with an attorney. Other men became lawyers with little to no training or practice by securing a recommendation from an attorney.[3] In short, before the Civil War, the legal system did not have a formal education or application process for people seeking to become a lawyer. During the 1870s, however, states began establishing bar associations to regulate the legal field.  State bars approved applicants seeking to practice law by reviewing their qualifications. By requiring applications, bar associations across the United States assisted in the systemization of the field.

Many women chose to enter the legal realm, including in Utah, despite facing challenging obstacles and criticism. For example, some men and women argued that women were too “emotional” to become lawyers.[4] Other roadblocks included:

Women constantly pushed against these and other barriers to become lawyers. Step-by-step, women forged a path that enabled others to continue to break-down stereotypes in the legal field.  Some of the first female trailblazers in the legal field became lawyers in Utah Territory.

Georgiana Snow had studied at her father’s law office and she also worked as a clerk for him for three years. The Utah Supreme Court admitted Snow to the Bar without hesitation.  Historian Carol Cornwall Madsen explains that the Court, including Justice James McKean, supported her entry to Utah’s legal practice because she had received training from her father. Moreover, McKean concluded that Snow’s contribution to Utah’s legal system would benefit women seeking legal services. Madsen explains that the “notions that female qualities would enhance the profession or be useful in providing legal service to other women were not unique to Utah, but neither were they fundamental to the gradual acceptance of women in the practice.”[7] McKean’s statement reflected and reinforced the idea that men’s and women’s worlds were separate.  Therefore, women would benefit from other female lawyers, which suggested that there was a different sphere for men and women lawyers. No matter the early expectations of women lawyers, Couzins and Snow’s legal practice challenged previous misconceptions about women and their ability to work in the legal field.

In 1872, Phoebe Couzins and Georgiana Snow were the first women to apply to the Utah Bar. Couzins was also the first woman to graduate from Washington University Law School in Missouri. The Utah Bar automatically accepted her because the Arkansas and Missouri bars had previously admitted her, meaning she could practice law in all three places.[6]  Couzins also became a dedicated women’s suffragist by traveling the country and delivering speeches with Susan B. Anthony and Elizabeth Cady Stanton.

Snow and Couzins were not the only women lawyers accepted to the Bar in Utah.  Josephine Kellog, Margaret Beall Connell, Agnes Swan (Bailey), and Reva Beck Bosone were some of many female lawyers in Utah’s past and present.  Bosone graduated with a degree from the University of Utah’s law school in 1930.  She was the only female in her graduating class. She worked as a lawyer for several years before she was elected to the Utah State Legislature and then appointed as a city judge. The people of Utah elected Bosone twice to the U.S. Congress, and she was “the only woman from Utah” in Congress “until the election of 1992.”[8]

Women lawyers continued to face discrimination about their capabilities and encountered several other challenges. For example, female lawyers, including those in Utah, were rarely hired at major firms. Women also had to establish themselves as lawyers for everyone, not just female clients.[9] The admittance and success of women lawyers also reflect how racial and economic barriers prevented people from lower socioeconomic backgrounds from acceptance in law school, employment, and appointments in the legal field. For instance, while the numbers of Euro-American Utah female lawyers increased from 1870 onward, the state did not see its first woman of color enter the field until 101 years after the first woman was admitted to the Utah Bar.[10] Regardless of the challenges that women faced, they persistently challenged gendered and racial assumptions and expectations to forge a path for future female lawyers who have represented women in Utah law until today.