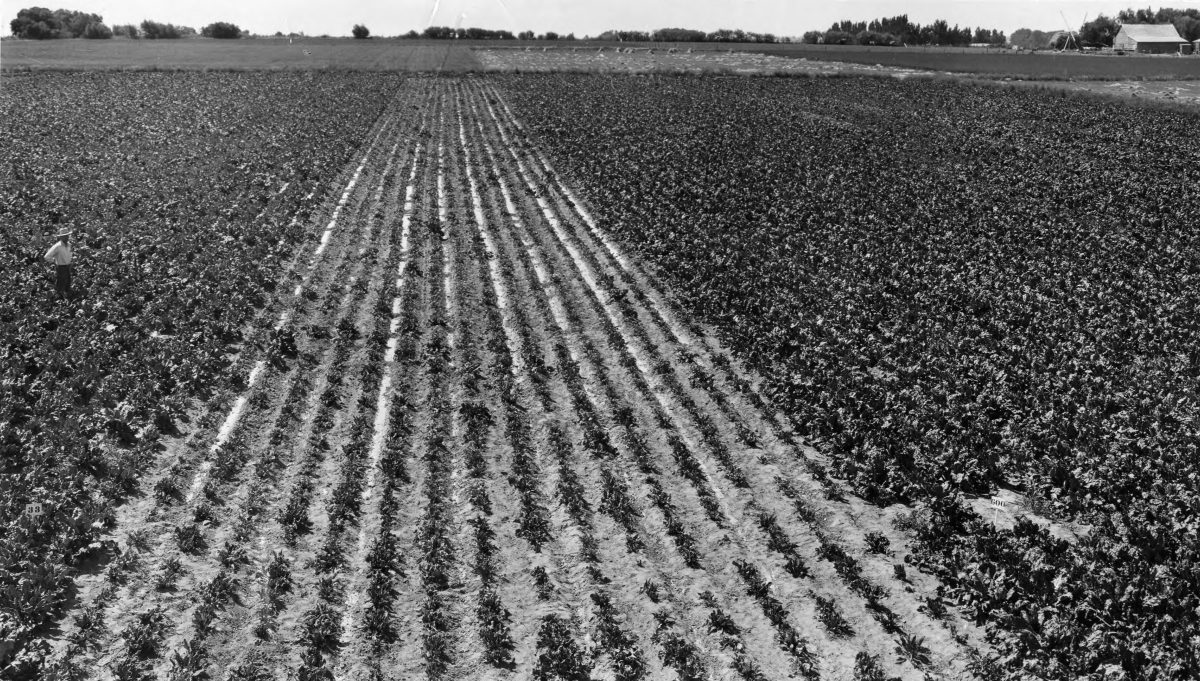 Editors’ note: The winter 2021 edition of Utah Historical Quarterly features an article on the sugar beet industry, labor organizing, and business interests of LDS officials. We asked the author, Matthew C. Godfrey, a General Editor of the Joseph Smith Papers Project, a few questions about the sugar industry and LDS involvement.

Your book on the sugar industry—Religion, Politics and Sugar: The Mormon Church, the Federal Government, and the Utah-Idaho Sugar Company, 1907–1921—was published by Utah State University Press in 2007. What prompted you to return to your research on the sugar industry?

A few years ago, I went back through my book and found that there were a few topics that I wanted to explore more deeply. These were items that were contextual parts of the book, but were not subjects that I was able to examine in great detail. So I began doing more research on a few of them, including an episode where the Utah-Idaho Sugar Company was investigated for exploiting Mexican migrant labor and the history of Charles Patterson and the IASBG. I was able to publish a paper on the former topic in Agricultural History and the latter in Utah Historical Quarterly.

Thomas G. Alexander, in Mormonism in Transition, characterized the 1920s as “the graveyard of Church business ventures.” (91) While the impact of the IASBG on the sugar beet industry appears to be minimal, in what ways did Patterson expose vulnerabilities within the church’s business interests that contributed to its broad divestment of business in the 1920s?

I think Patterson showcased how the involvement of high church leaders in business could lead to complications that were perhaps unforeseen. Patterson’s pamphlets showed that church leaders couldn’t really separate business from religion because farmers and consumers didn’t separate them in their interactions. If an ecclesiastical leader who worked for the sugar company told farmers to grow beets only for Utah-Idaho Sugar, growers had difficulty not perceiving it as a religious duty to follow that counsel. These issues directly led to Utah-Idaho Sugar’s difficulties with the Federal Trade Commission in the late 1910s and early 1920s, and showed individuals like Heber J. Grant that it was perhaps not the wisest thing for the church to be involved in business.

In the 1920s, the LDS church acquired considerable federal aid in their efforts to keep the local sugar beet industry afloat. How do you reconcile the church’s capitalist mindset with one that sought significant federal aid and policy support?

Because Heber J. Grant firmly believed that Wilford Woodruff had a revelation from God that the church needed to be involved with the beet sugar industry, Grant also believed that the church needed to take any measure it could to keep that industry afloat, even if it meant looking to federal aid and support. And to be honest, even before the 1920s, the federal government was instrumental in propping up beet sugar because of the tariff. Joseph F. Smith, Reed Smoot, and other church and sugar leaders knew that the beet sugar industry could not survive without a tariff on imported cane sugar, so the federal government was always a part of the industry.

Do we have any indication of the perception of church involvement in business beyond farmers to the general church membership?

Certainly it was an item of concern in the 1910s, especially as the Utah-Idaho Sugar Company went through several different investigations by the federal government for unfair business practices, price gouging, ties to the Sugar Trust, and unfair labor practices. When Charles W. Nibley, the presiding bishop of the church and an official in Utah-Idaho Sugar, was indicted in 1920 for profiteering in the aftermath of the First World War, President Heber J. Grant gave a talk in the church’s general conference, telling members that a man wasn’t guilty just because he had been indicted. This indicates that some church members were concerned about the involvement of leaders in business. Others defended the church’s interest in business, such as Susa Young Gates, who counseled against indulging “in bitter criticism of good men” about business.

Agricultural lands along the Wasatch Front like those occupied by beet farmers are increasingly whittled away due to urban and suburban growth. What remains of the sugar beet industry today—and ecclesiastical or church investment in it?

The Utah-Idaho Sugar Company no longer exists. In 1979, the company decided to abandon the sugar business because of a fall in prices and the rise of artificial sweeteners. The corporation moved its headquarters to Kennewick, Washington, where it focused on potato processing and changed its name to AgraWest. In the 1980s, the Church of Jesus Christ divested itself of its interest in the company. The Amalgamated Sugar Company still functions in the Intermountain West, although the church does not have an interest in it.