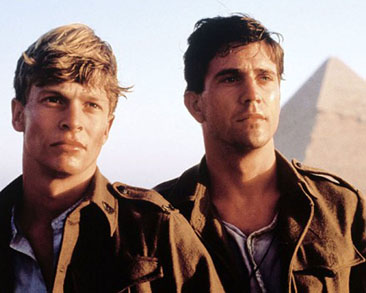 Two competitive sprinters from remote Western Australia are drafted into Britiain’s colonial forces to serve as message runners during the ill-fated campaign against Ottoman troops in the Dardanelles. Led by inept aristocratic officers, ANZAC troops are meaninglessly slaughtered by Turkish machine-gunners in a battle that would mark the awakening of Australian national consciousness.