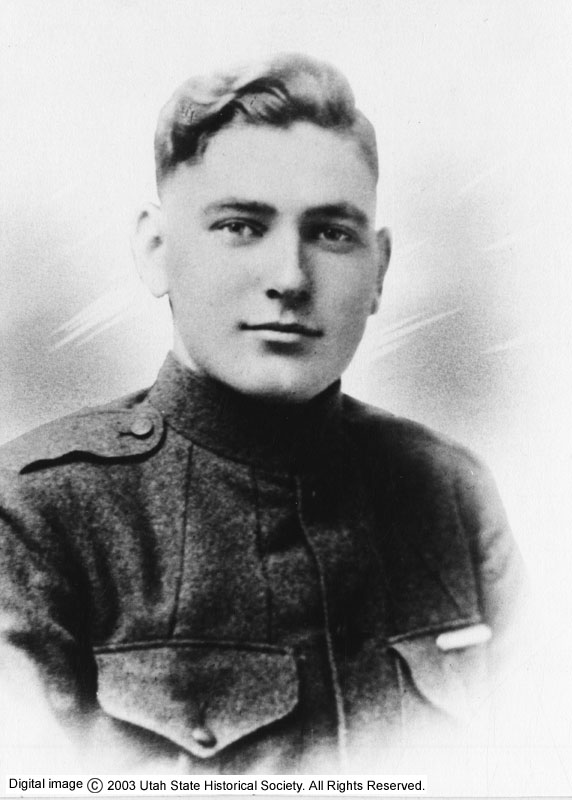 Late June 1919 was a day for many to rejoice. The Treaty of Paris was signed, bringing an official end to the Great War. How did the war affect Utahns and what were their reactions? Why do we care what happened over 100 years ago? A connection to the past brings understanding and insight. When we take the time to learn about people or events from the past, we realize we don’t understand everything we have read.

The Treaty of Paris officially ended the “Great War” on June 28, 1919. The First World War was devastating around the world. In Utah, over 600 men died before the war ended. In the Kent Day Family Papers collection, there is a copy of the Peace Treaty and League of Nations https://collections.lib.utah.edu/ark:/87278/s6zw39ts.

Men and women made sacrifices for the war. Some of the first casualties at the beginning of the war were men stationed out of Fort Douglas. They were enroute east when a train accident happened in Colorado. Guy B. Alexander, Clayton P. Preston, and Fred T. Whitehouse were members of the Forty-second infantry band who died in this train crash. https://newspapers.lib.utah.edu/ark:/87278/s6cj9mr5/18021835.

Some men and women supported the war through liberty loans, rationing, or knitting socks or sending other clothing items to the soldiers in Europe.

George Grimshaw was a soldier at the front and then also part of the occupying forces after the Armistice before the Treaty of Paris. His uniform was donated to the Division of State History and can be viewed online. https://collections.lib.utah.edu/ark:/87278/s6pk2bxk.

Soldiers and citizens had different experiences during the war, and their reactions and experiences help us to make a connection with history and view events as more than just a date. History comes alive when experiences and connections are made.

Note: Utah History Month has kicked-off today. Please go to history.utah.gov to learn more about our annual history conference and pre-recorded and live events throughout September.