The annual conference offers scholars and historians the opportunity to present on a wide variety of topics in Utah history. Note that the presenters' views are not necessarily those of the Utah State Historical Society or the Utah Division of State History.

Title: "Why History Matters in Medical Education: Slavery and the Origins of American Gynecology" 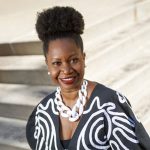 Bio: Deirdre Cooper Owens is the Linda and Charles Wilson Professor in the History of Medicine and Director of the Humanities in Medicine program at the University of Nebraska-Lincoln. She is an Organization of American Historians’ Distinguished Lecturer, a past American College of Obstetricians and Gynecologists Research Fellow, and has won a number of prestigious honors and awards for her scholarly and advocacy work in reproductive and birthing justice. A popular public speaker, Dr. Cooper Owens has spoken widely across the United States and Europe. She has published articles, essays, book chapters, and think pieces on a number of issues that concern African American experiences and reproductive justice. Dr. Cooper Owens recently was selected as the 2022 Agnes Dillon Randolph Award Winner by the University of Virginia’s Eleanor Crowder Bjoring Center for Nursing Historical Inquiry. Her first book, Medical Bondage: Race, Gender and the Origins of American Gynecology, won a Darlene Clark Hine Book Award from the Organization of American Historians as the best book written in African American women’s and gender history. It has just been translated into Korean.

Abstract: This plenary panel will discuss the challenges to public health as a social vision for human flourishing. Discussants will identify historical actors and communities that have been more or less successful in preventing illness and suffering; prolonging human life; and promoting physical, emotional, and social vitality. Topics of conversation will include the historical determinants that have helped shape that reality over time, the role of public health historians in the academy and society at large, contemporary challenges for the body politic, and to what extent, if any, they are unique to Utah and the West.

Len Novilla is Associate Professor of Public Health at Brigham Young University, Provo, where she has been serving since 2003. She completed 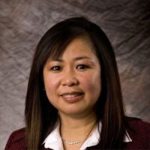 her undergraduate training at the Institute of Public Health at the University of the Philippines before earning a medical doctor’s degree and a Master’s of Public Health from the University of Utah in 1999.
At BYU, she teaches Chronic Disease Prevention and Control at both the graduate and undergraduate levels. She has also taught the Maternal and Child Health Issues and Grant Writing in the MPH Program. Her research interests include the role of the family in health, with particular emphasis on engaging the family as the sustaining framework for health promotion and disease prevention strategies; defining the role of the family in addressing health inequities; and defining the link between the family and health systems, focusing on system assessment and strengthening within the context of the social determinants of health. Novilla’s research has been highlighted by the Word Health Organization; she serves as a board member for the Utah Department of Health and Utah Public Health Association and is an elected member of the Alpha Theta Chapter of the Delta Omega National Honorary Society in Public Health.

W. Paul Reeve is the Simmons Chair of Mormon Studies in the History Department at the University of Utah where he teaches courses on Utah 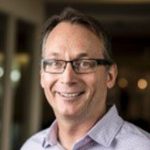 history, Mormon history, and the history of the US West. His book, Religion of a Different Color: Race and the Mormon Struggle for Whiteness (Oxford, 2015), received the Mormon History Association’s Best Book Award, the John Whitmer Historical Association’s Smith-Pettit Best Book Award, and the Utah State Historical Society’s Francis Armstrong Madsen Best History Book Award. He is the recipient of the Utah Council for the Social Studies’ University Teacher of the Year award, the University of Utah’s Early Career Teaching Award, and the College of Humanities’ Ramona W. Cannon Award for Teaching Excellence in the Humanities. He is Project Manager and General Editor of a digital database, Century of Black Mormons, designed to name and identify all known Black Mormons baptized into the faith between 1830 and 1930. The database is now live at CenturyofBlackMormons.org.

Gretchen A. Case is Director of the Center for Health Ethics, Arts, and Humanities and an Associate Professor (lecturer) in the Department of 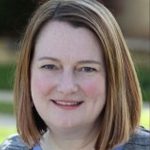 Dr. Case's research and teaching interests are in the medical humanities (or healthcare humanities): the many ways in which the arts and humanities intersect with the medical arts and sciences. Her scholarly projects often combine communication, performance, disability theory, cultures of medicine, oral history, and ethnography. Dr. Case also has more than ten years of experience as a public historian, specializing in histories of science and medicine. 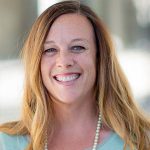 University. After earning her degree in Nursing at PLNU, she completed her doctorate in Nursing Practice at Arizona State University. A passionate educator, she has taught undergraduate and graduate courses on evidence-based practice, mental health nursing, and nursing research. She is a member of numerous scholastic organizations, including the American Psychiatric Nurses Association and the International Society of Psychiatric Nurses, for which she served as podium presenter. Her teaching and scholarship has earned her several professional awards, including Advanced Practice Nurses of the Year, Mental Health, from Point Loma Nazarene University in 2015, and the Janssen Scholar Award from the American Psychiatric Nurses Association in 2012. 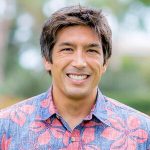 and Director of the Honors Program at Point Loma Nazarene University. He completed his undergraduate training in History at Point Loma Nazarene University in 2002 before earning his MA in History at the University of Montana, Missoula, where he received the A. B. Hammond Fellowship for Western American Studies. At the University of Utah, he completed his PhD in History through the generous support of a Floyd O'Neil Scholarship. His dissertation explored the social effects of the health industry of Progressive Era Salt Lake City; he has published several articles on that topic in the Utah Historical Quarterly and Journal of Military History. In 2017 and 2014 he won the Dale L. Morgan Award for Best Scholarly Article in the Utah Historical Quarterly. In 2010 his social history of the Park City’s Miner’s Hospital received the Nick Yengich Memorial Editor’s Choice Award from the same publication. He is currently at work on an article on the social history of surfing.