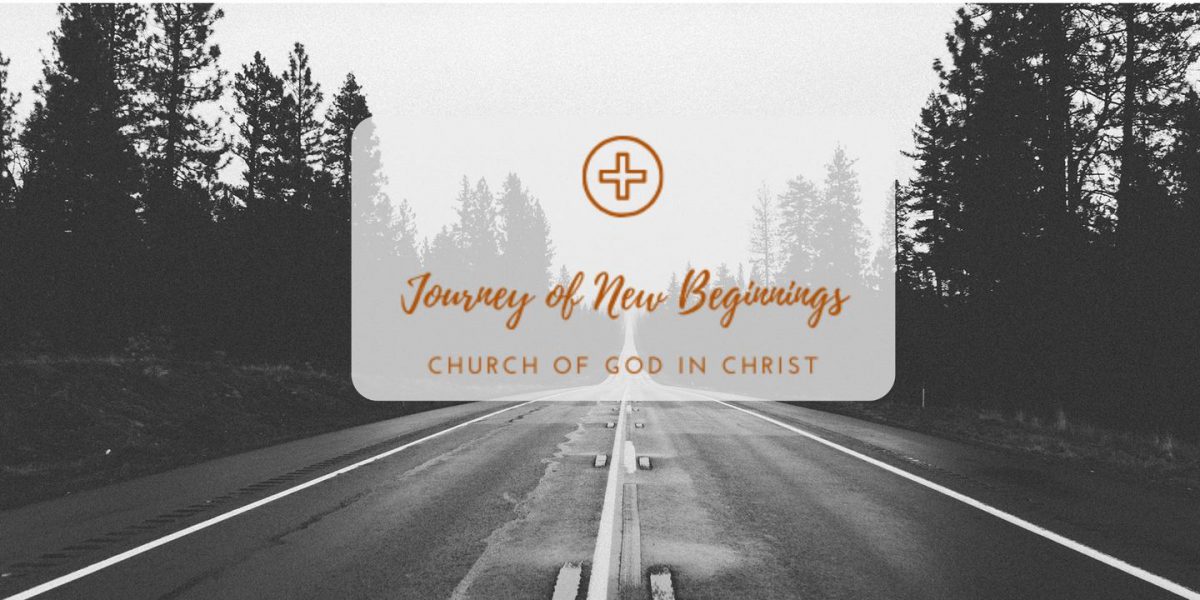 Editors’ Note: The latest issue of Utah Historical Quarterly (winter 2022) details the long history in Utah of the Church of God in Christ (COGIC), a predominantly African American Pentecostal church with origins in the American South. Henry McAllister, who coauthored the article with Dr. Alan Clark, is a longtime church member and pastor. We asked him a few questions about his upbringing, life in Utah, and experiences in the COGIC.

Please share a little about your childhood and young adult life, including individuals who had a significant influence on you.

I was born on August 27, 1954, to Henry McAllister Sr and Lelia Mae Briggs in Pine Bluff, Arkansas, both now deceased. I was the second of ten children and oldest living one, since my oldest sister died at six months old and would have been two years older than myself. I was born just as the southern states were slowly desegregating but also when many Jim Crow laws and practices established during and after the abolishment of slavery were still being practiced. In some places they are still practiced today.

I was raised by a single mother. My father died when I was six years old. I do not know or remember much about him, but I understand that it was a bad situation for my mother who endured both verbal and physical abuse over a number of years. Though my mother stayed much longer than she should have in order to provide for us, she finally divorced him and raised her children alone.

My mother worked domestic jobs in white homes and white-owned eating establishments where she could not eat in or had to come to the back door to be served or purchase food when she was not working. She also worked other minimum and sub-minimum wage positions in order to provide for our family. Family, neighborhood, and church members would help keep us in line while she worked. I helped my mother by looking out for my younger siblings and by working at a neighborhood grocery store and at odd and end jobs like cutting grass.

As far as mentors that I remember, there were many. Multiple men and women inspired and influenced us, including teachers, classmates, athletes, and professionals like doctors, lawyers and business owners. All were instrumental in giving us goals to thrive after to be successful in this society by looking for a hand up and not necessarily a hand out.

Despite some challenges and troubles, I slowly adjusted to the integration. I graduated in 1973 in a class of 672 students—64 percent white, 35 percent Black, and one percent Asian, and two Hispanic students.

You worked at Hill Air Force Base in Ogden for nearly forty three years. How did you end up landing in Utah?

Upon graduating from high school, I had a desire to continue my education and attend the local university in my hometown, the University of Arkansas at Pine Bluff. Although my mother did not have the finances for me to attend the university, God heard our prayers and created a path forward. Even though I was not a member of the congregation, a local church, the Saint James AME Church, granted me a $300.00 scholarship. I also applied for and received a Pell Grant from the government, obtained additional resources, and received work study. I soon had enough to enroll in school for the coming year.

After enrolling, I became aware of a new program that was starting up at school called the Cooperative Education Program, which allowed students from Historically Black Colleges and Universities (HBCU) and minority schools with a 2.5 GPA studying accounting, business administration, science, mathematics, computering, chemistry and engineering to intern for one year with a company or government agency. After returning to and graduating from school, if all terms of the agreement had been met, students were offered employment where the training had been held. I offered a counter proposal whereby, instead of attending the whole year, I would spread out my internship over four summers. This way I would have money to help pay for our educational expenses. The proposal was accepted, and I was adopted into the program.

Originally, I was scheduled to intern at Wright Patterson Air Force Base in Dayton, Ohio, but at the last moment a decision was made to send us to Hill Air Force Base in Ogden, Utah, to help with diversity in the federal government. At the apex of our program, in 1972-73, there were a total of twenty-six students assigned to Hill AFB, twenty-three from HBCUs in the southern states and three Native American students from New Mexico Highland University. From that group three former students still live in the area, two from the University of Arkansas at Pine Bluff (Henry McAllister and Charles Petty) and one from New Mexico Highland (Albert Romeo). The rest are spread throughout the country in various places, many now retired.

You are quoted in your co-written article in Utah Historical Quarterly as referring to “more covert rather than just straight out” forms of racism in Utah. Will you elaborate on the forms that racism takes in this state and their impact on you and your family?

My experience here in Utah has had its up and downs. Every day is a new challenge. Having come from an environment in the South that was born and bred in segregation, with all of its Jim Crow evils of blatant and transparent racist practices, I recognize racism and racist practices in Utah. When I came to Utah, I was taken aback when I began to see some of the same racist practices that I witnessed growing up in the South. I began to just listen and observe the people I worked with and lived around. Many harbored the same type of opinions and attitudes I was raised around, except that they did not readily verbalize them as they did in the South.

Some racist practices are institutionalized. Some financial institutions still sometimes practice a modern form of “redlining,” whereby minorities in certain areas receive funding at lesser rates than their white counterparts. “Covenant Clauses” prohibiting the sale of property to certain groups such as minorities and some cases to people of Jewish descent are still on the books.

I have personally experienced many instances of racism and discrimination:

Despite these incidents, all have not been negative. I have met and befriended some great people who remain friends to this day. I have been the recipient of kindness on various occasions.

In June 1996 I began pastoring the church known as the Finley Temple Church of God in Christ in Ogden where we resided until October 2015, when we moved to Layton at the Court Yard Marriott. We later bought a church building at 160 East 1700 South on Antelope Drive in Clearfield where my church is currently located.

We have since changed our name to Journey of New Beginnings Church of God in Christ. Though we only have a membership of less than twenty, we are striving to be the church God is calling us to be during this time. We realize that Sunday morning at 11:00 a.m. is the most segregated hour of the week. We face the same challenges that as other churches do to get people to join our church. Until we can break certain mindsets and habits, it will always be as it is now. My job as Pastor is to seek God for direction as to what He would have me to do in His ministry and follow His leading.

I often say that our church, the Church of God in Christ (COGIC), is the worse kept secret in Christendom, though we are the largest Pentecostal and Holiness Church in the United States and the second largest in the world. Our primary assignment is to share the Gospel of Good News to a dying world and bring men, women, and children to this saving knowledge. Everything else will take care of itself.

Though there are only nine COGIC congregations in Utah and Idaho, we too are tasked by our LORD with the same assignment and commission to share and lead people to Christ wherever they may be.

Finally, the message and lesson that can be learned by the entire community of Utah—as demonstrated by our humble beginnings in Utah in 1936 through one courageous and Spirit-led woman, Mother Alberta Harris Jennings—are that if God says “go,” the way is already made.

This is my story.