Over 900 soldiers from the Infantry, Cavalry, and Artillery branches of the United States Army descended on Strawberry Valley in August of 1888 to engage in the first large-scale joint training exercises west of the Mississippi River. Typically, each branch of the Army conducted their own trainings, independent of the others. But as the United States looked past the Civil and Indian Wars of the 1860s and 1870s, Army leaders saw the need to modernize their tactics and training regimen. In spring of 1888, the Army decided to host this training exercise in Strawberry Valley with combined forces from Fort Douglas and Fort Duchense in Utah, and Fort Bridger in Wyoming. This even included the Ninth Cavalry of Buffalo Soldiers from Fort Duchense, though their duties were largely to patrol the travel routes between the encampment and the Fort in case of any issues on the Uintah-Ouray reservation of the Ute Indian Tribe. For more historic images of the 1888 Strawberry Valley Encampment, visit the Church of Jesus Christ of Latter-day Saints History Library Collection.

Troops established a sprawling tent encampment along Strawberry Creek, spatially separated by branch, and then by enlisted, non-commissioned officers, and the officers. Not surprisingly, the officer’s tents were tucked under the only large trees in the valley, giving them shade from the blistering August sun. For the next 30 days, troops engaged in live-fire exercises for small arms and artillery, trench and defensive emplacement excavation, and other variety of drills. Supplies from around the region filtered into the Valley to feed and equip the troops, with a private sutler supplying items to the soldiers that were above and beyond Army-issue.

In early September of 1888, the Army ended its training and the soldiers returned to their home bases. Over the next twenty years, the Army returned periodically to the area but always moved their camps and where their artillery blasted into the hillsides. Fast-forward to the 1990s, and the land once used by these Army maneuvers is part of the federal United States Forest Service (the Uinta National Forest at that time). Forest Service archaeologist Charmaine Thompson began a nearly decade-long investigation of the camp using volunteers from around the United States. The results of that archaeological work is an incredible time capsule of 19th century military life and artifacts, and worthy of long-term study and preservation.

Archaeologists Tom Flanigan and Rachelle Handley with the now-combined, Uinta-Wasatch-Cache National Forest, processed this collection for permanent curation starting in 2011 and created digital catalogs and completed high-quality photos of many of the over 25,000 artifacts.

Military Issue Uniform and Other Artifacts

One Infantry insignia was discovered in association with a company designation “B”, suggesting that this was from a soldier stationed at Fort Douglas and from the 16th or 21st.  Another solitary “D” insignia discovered on the site could relate to the 16th Infantry or 5th Artillery from Fort Douglas, or the 14th or 20th Infantry from Fort Bridger. Coat and cuff/hat general service buttons recovered include those manufactured by Horstmann Brothers & Company and C. Wilson and one artillery officer button that also dates to the 1882-1902 period.

Archaeologists recovered several dozen cartridge casings, both fired and unfired, from US Army issue Model 1884 and 1886 Springfield Rifles, of the .45-70 caliber. This is not surprising given the number of troops at the Strawberry Valley Encampment and the live-fire practice they did for nearly a month. At least four .45-70 unfired cartridges contain modifications, specifically the partial or near-complete removal of the lead bullet. 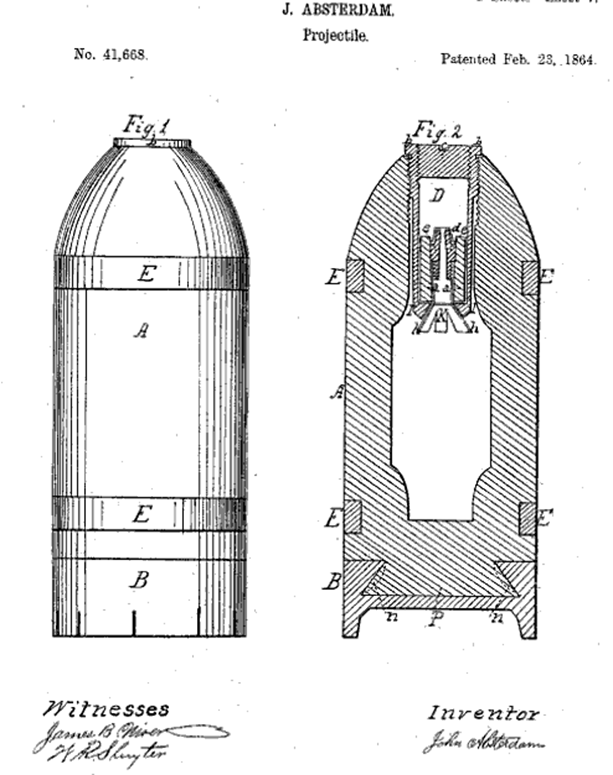 Even though troops came to Strawberry Valley to hone their skills, there is significant archaeological evidence for their recreational activities and personal habits. Troops apparently engaged in tobacco use, gambling, and alcohol consumption, but that is not surprising! Military regulations prohibited the consumption of alcohol at the 1888 training, though there is clear evidence of subversion of this rule in the enlisted, non-commissioned officers, and officer encampments.

One of the clay pipe stems includes the stylistic representation of an eagle clutching a banner in its beak on top of the stem, with raised numbers on the side.  While the numbers are broken, it appears that it was “1876”, perhaps in reference to America’s centennial.

Archaeologists identified cow, pig, deer, and fish remains in the faunal assemblage. It appears that much of the butchering of larger mammals occurred on-site, and suggests that the military brought live cattle to the site creating a “walking commissary”.  The largest fragments of cow femurs and vertebra exhibit saw marks in area’s normally associated with 19th century techniques, but the number of extra, incomplete, or aborted cuts suggests unskilled butchers.  It also appears that many of the cows butchered were young, as many of the epiphyses on the long bone bones remained unfused.

There are remarkably few intact tin cans from with most examples showing significant oxidation through exposure to a damp natural environment.  It is clear from the artifacts that there were ample supplies of canned food including preserved fruit, fruit juice, potted meat, condensed milk, and sardines/herring.

The 1888 Strawberry Valley Encampment was a major historic event in Utah history that few folks even realized took place. Today, the site is on federal lands and is protected from looting and vandalism activities, so that future generations can enjoy this history without a selfish few removing items for their personal profit. Due to a lack of a museum in Utah that takes historic-period archaeological collections, these artifacts are safely housed but not available for study or display. It is hoped that in the future a partnership can be formed to increase on-site interpretation of the site, as the area already receives significant recreational visits and the public is eager to learn more!

And last not, but certainly not least, a big thank you to all the volunteers who donated their time and expertise to this project from the 1990s all the way through the 2011-2018 efforts. Without those great people giving their time, none of this would have been possible.