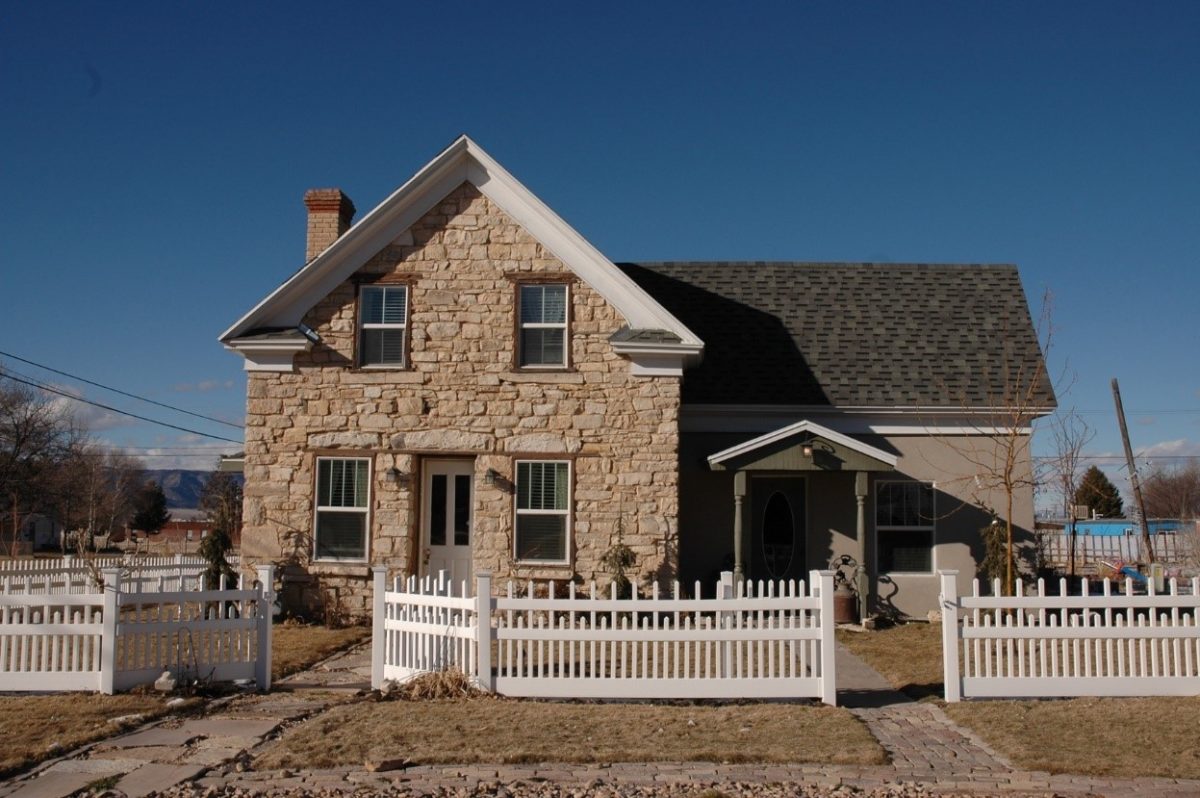 The Pectol-Works House, constructed in two phases between 1851 and 1863, is locally significant under Criterion C for its architectural style, plan, and workmanship. It is the oldest documented stone house and the best example of only two extant Greek Revival-style temple-form houses in Manti. Built by the
first owner, George Pectol, the construction method used for the oolite limestone masonry represents the coursed rubble used by early settlers before professional masons flocked to Manti to build the temple beginning in 1875. The period of significance spans the earliest possible construction date in 1851 to the completion of the adobe brick wing around 1863 after the Works family purchased the property. The adobe brick wing is also architecturally significant Under Criterion C as an example of unsheathed adobe brick construction in Manti’s settlement period. As built by the second owner, James M. Works, the
adobe wing is also Greek Revival in style and may have been part of a plan to add side wings for a fully realized temple form house. Since the recent rehabilitation, both wings can now be recognized as excellent examples of early vernacular building in Manti and Sanpete County, Utah.