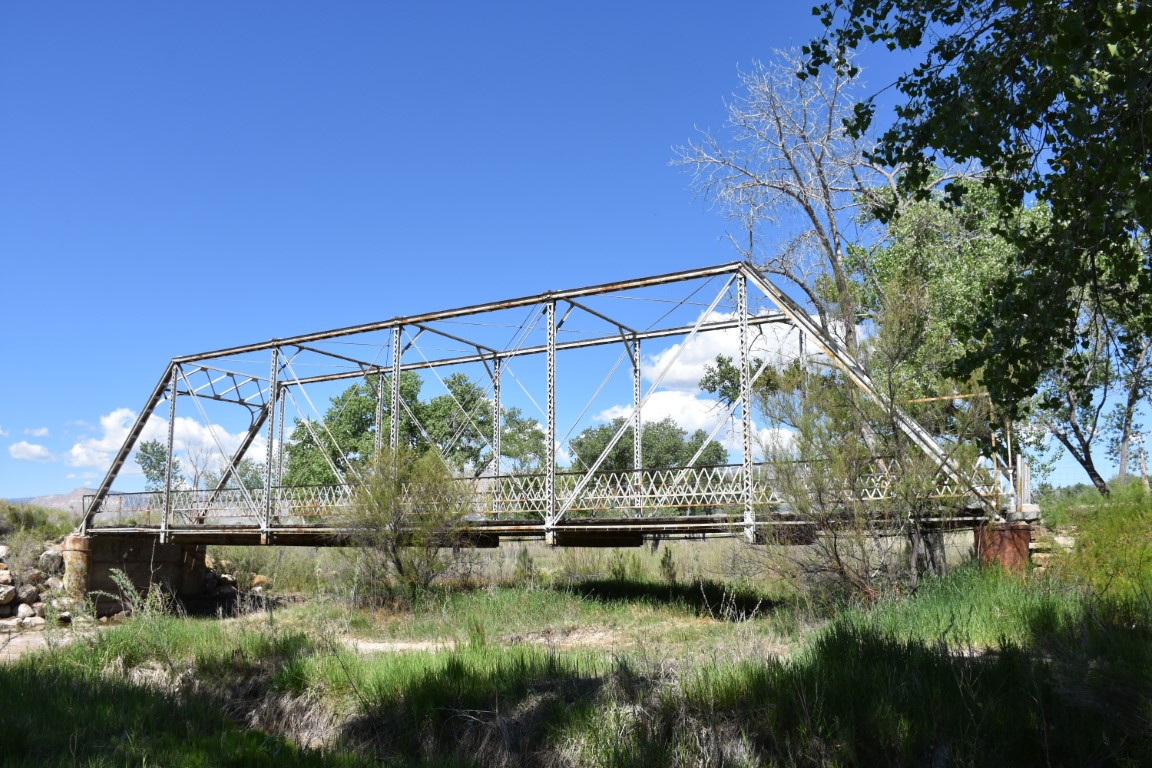 The Castle Dale Bridge, built in 1910, and located immediately south of the Castle Dale City boundaries, is significant locally under Criteria A and C. Under Criterion A, the bridge is significant in the area of Transportation. It is the only bridge remaining in Emery County out of six bridges, total, that were constructed at the time as a result of a 1909 flood that washed out the county’s existing bridges, substantially affecting traffic movement throughout the region. In 1910, county residents overwhelmingly approved a bond in a relief effort to build the six new substantive bridges. The bridge represents an outgrowth of modern public infrastructure changes in the county during the early twentieth century. Under Criterion C, the bridge is significant in the area of Engineering. Hiring a construction firm out of Salt Lake City, James J. Burke & Co., to design and build the modern bridge, it is a major departure from the previous 1888 bridge at the site and is a reflection of Burke’s overall engineering skills and reflective of early-twentieth century bridge design and building in Utah. The Pratt through truss is one of nine such truss bridges in Utah and one of only eight pin-connected bridges remaining in the state. It retains all aspects of integrity. The period of significance, 1910-1964, encompasses the time that the bridge was built in 1910, then turned over to the State of Utah and formally named SR-10 by the Utah State Road Commission in the 1920s, to the time it was then conveyed back to Emery County in 1964—roughly the same time the road was bypassed with the new highway construction. Still used for ATV and foot traffic, the bridge is still a local landmark.