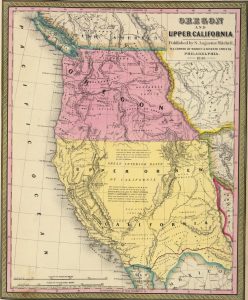 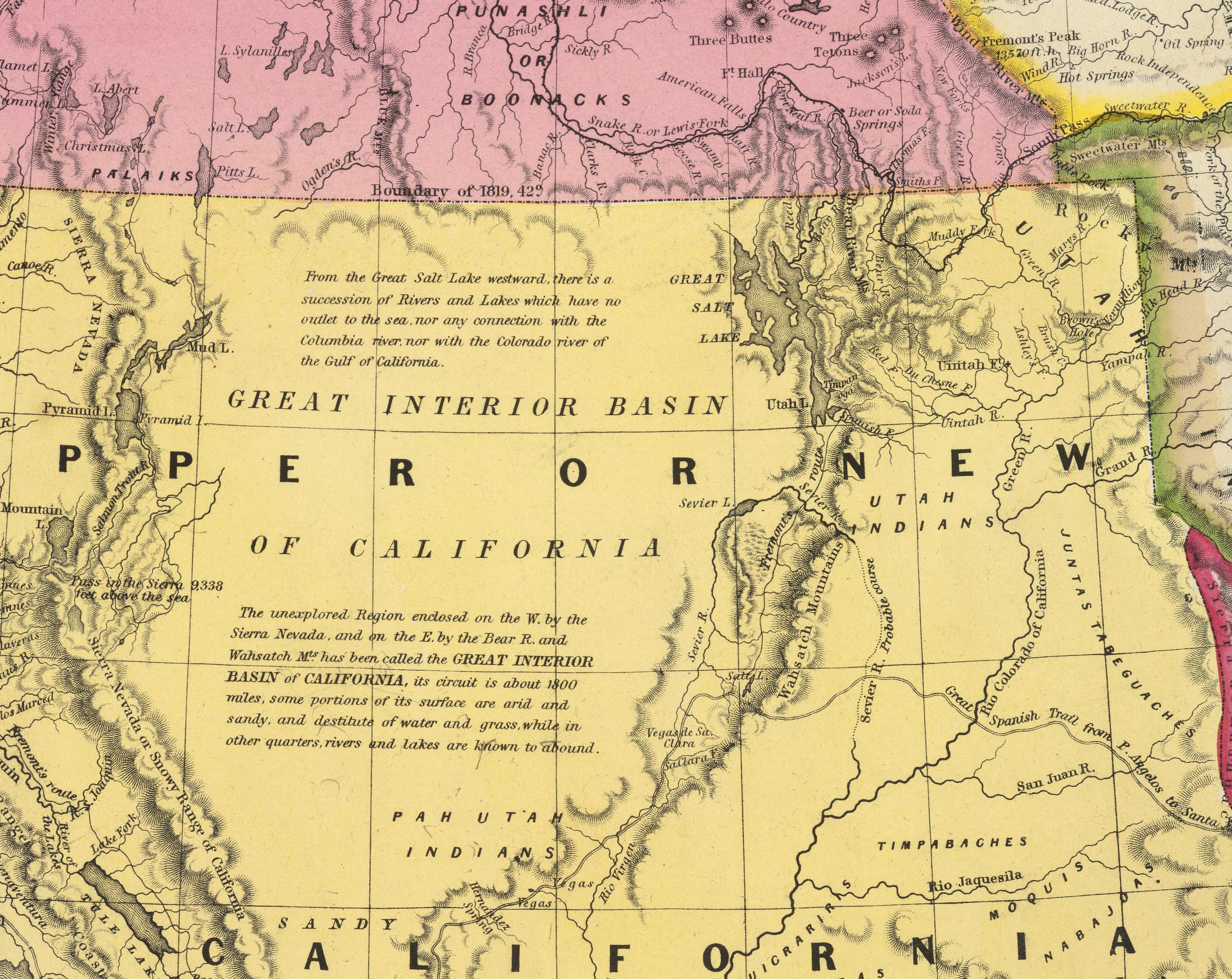 Published in: A New Universal Atlas

Selling atlases in the mass market was a race as often as it was a contest over accuracy and comprehensiveness. Produced rapidly for Mitchell’s Atlas Universal in 1850 by adding new boundaries to an existing base map from the previous decade, this was one of the first maps to show the new state of California. It had little else going for it. Its intellectual debt to the 1840s meant that Frémont practically authored the Great Basin. The map even identified it as the Fremont Basin to at least the 1855 edition. Over the 1850s, Mitchell updated the map, adding in subsequent editions the cities and counties that had been conspicuously absent in the rushed earlier versions.